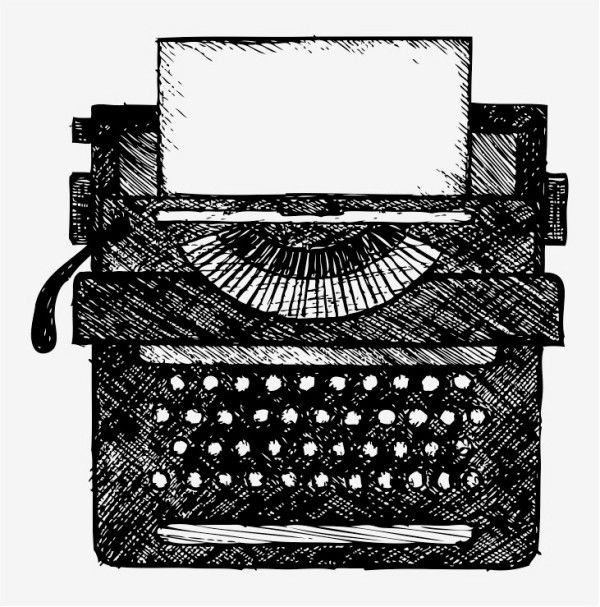 The following is a partial transcript of my inspirational NaNoWriMo Launch Talk, given October 22, 2016 at the Orange Public Library. For more information on NaNoWriMo, visit their website.

Warning: DO NOT READ ON unless you want to be inspired to write!

My name is Jeff Garvin. I’m a graduate of Chapman University, a former resident of the City of Orange, and the author of SYMPTOMS OF BEING HUMAN, which I’ll tell you about in a moment. But most importantly, I’m a published author who got my start doing NaNoWriMo (AKA National Novel Writing Month.)

ABOUT MY BOOK & ME

SYMPTOMS OF BEING HUMAN is about Riley, who is 16, snarky, punk rock, and SECRETLY gender-fluid. That means some days Riley wakes up feeling like a girl, and some days like a boy, and sometimes Riley fluctuates between the two ends of the spectrum. Riley’s dad is an Orange County congressman running for re-election, and moves Riley to a new school. Riley starts an anonymous blog to deal with the tension at home and the harassment at school. Just as the election is coming to a head, the blog goes viral and an anonymous commenter threatens to out Riley to the world.

A little bit about me. I graduated from Chapman in 1998 with a BFA in film. I went on to work as a TV actor—sitcoms like Roseanne, The Wonder Years, some independent features. Then I quit to tour in a rock band. Then I got married and didn’t want to live on a bus with stinky dudes anymore.

So I sat down and made a list of all the things I had ever wanted to be when I grew up. Actor: did that. Singer: did that. There were two other items on the list: astronaut and novelist. I don’t know if you’ve ever looked into becoming an astronaut—there’s a lot of math. So, I thought, well, maybe I’ll just watch Neil DeGrasse Tyson on Netflix and write a book.

So I googled, because that’s what writers do instead of actually writing, and I found National Novel Writing Month. Unfortunately for me, it didn’t start until November—and here I was, hungry and ready in April of 2011. But I didn’t care. I called my friend Dan, and I said, “I want to do NaNoWriMo.”

To my surprise, he relented.

We started writing. I was working full time and had an hour commute each way, so I got up at four a.m., made a pot of coffee, and wrote for two hours before work. I thought I was going to be exhausted and miserable. But the truth is, after a week, I couldn’t WAIT to get out of bed. I was fired up. I was turned on. It was just me and my imagination, up before the sun, making shit up.

Thirty days later, we both typed “The End” and exchanged manuscripts. And as the guy standing up here, I can tell you one thing: Dan was right:

Just for perspective here, I started writing my first novel on April 1, 2011. My debut novel (which was actually my fourth manuscript) was published in February of 2016. That’s less than five years from first-ever blank page to book in store. That’s fast—but it’s also totally possible. I’m proof.

I let the dust settle on my fine NaNo manuscript for a few months, and then I returned to the keyboard and wrote another one. This time, an epic fantasy, because that’s what I loved as a teenager. So I finish the 150,000-word behemoth, and I read it. And my experience was… 70% of this really sucks. Like, it’s embarrassing to me to read it to myself when I’m alone. With myself. But….

This was my epiphany: I knew which parts were good and which parts were bad all on my own. This had never happened before. As an actor, I always needed feedback from my director. As a songwriter, I needed my band to tell me: this song, yes, that one, not so much. But now, sitting there with that bloated manuscript, I knew:

All I had to do to write a good book was write something long and cut out all the sucky parts.

So, sometime in late 2012, I started book number three. Again, I got up at four and wrote for two hours before work. Longer on weekends. For 18 months, I wrote into the void. In other words, I worked every day with no evidence of a future. And I want to say to those of you harboring dreams of being a writer: that’s what it takes. Feedback and validation are important—but you have to write into the void. You have to be able to make it for a year or two years on your own steam before you can get to a place where it’s appropriate to get feedback from strangers. I’m not talking about your friends. Let them read it, once it’s finished. I’m talking about criticism from professionals.

So finally, I had this manuscript that I was really proud of. So I bought a copy of The Writer’s Market and started researching agents and querying and all that. And I decided the last thing I wanted to do was write letters to people I’d never met and ask them to read my manuscript. So instead, I started to attend writers’ conferences to pitch in person. I went to Writers Digest West in LA, and I went to The Las Vegas Writers’ conference because it was inexpensive and I had a place to say.

And in the spring of 2013, I met and pitched to my amazing agent, Rachel Ekstrom Courage. She asked to read my manuscript, and two months later she offered to represent me.

In the fall of 2013—two-and-a-half years after NaNoWriMo—we started shopping that book. Now, understand, this was Book One of a planned trilogy. I had already decided who would direct the movie (Ridley Scott), which part I would play (the wise but jaded mentor), and how I would spend the money (apartment in Paris.) So you can imagine how low I felt when, after nine weeks on submission, we had no response. Crickets. I was epically disappointed.

But, being the hard-headed guy that I am, I started writing book two. And thank goodness for my friend Lissa, because she took me by the shoulders and said very kindly, “Do not write the sequel to a book you haven’t sold. Work on something else,” she said. “Something new.” But there was nothing. I had no more ideas. Zip.

And then, one day, I was in the car with a group of people going to a dinner event. The driver, let’s call her Jane, brought up a court case pending in my county in which a transgender student was suing the school district for the right to use the locker room that aligned with their gender identity rather than their birth-assigned sex. And I thought, “Awesome. We’re about to have a really good conversation about love and acceptance.”

But then Jane said, “Isn’t that gross?”

The conversation rapidly devolved into an argument, and I woke up the next day thinking about that student. About how difficult it must have been to show up every day and get made fun of for who you were. And how brave they were to stand up and come out and fight in the courtroom.

So I started writing. And I didn’t stop. 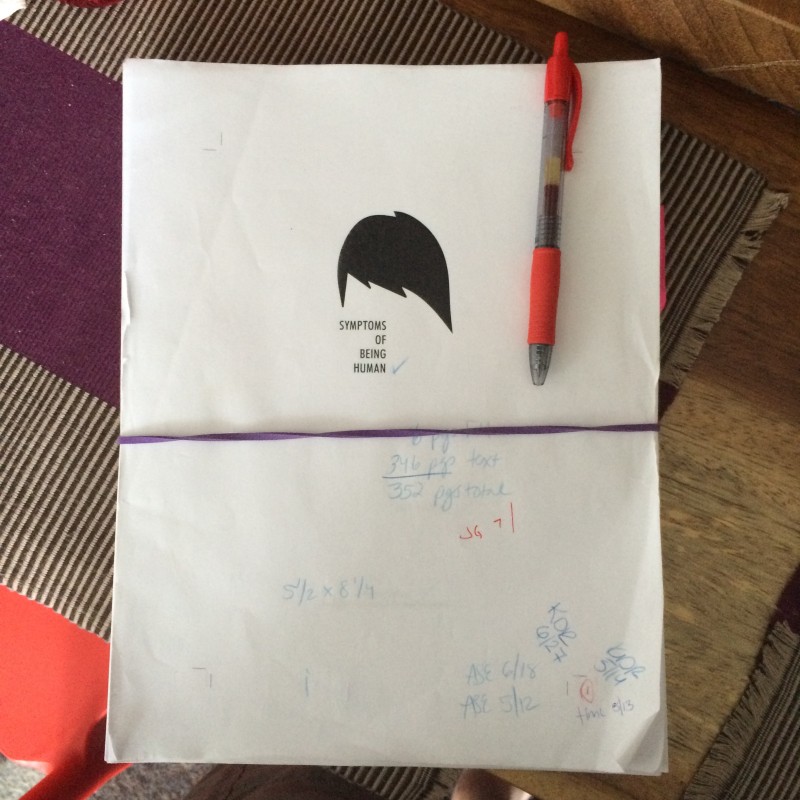 On the advice of a close friend, I sent the first 50 pages to my agent. She read it overnight and called me the next day to say, “I want to go out with this as a partial.” Which means, to try and sell an unfinished book. Which is not unheard of, but not precisely common for debut authors, or in YA fiction. But so far, all my successes had come from doing stuff before I was ready. So I figured, why not. Rachel helped me tweak the first fifty pages, and we sent it out on my birthday. And nine days later, HarperCollins/Balzer+Bray bought the book.

And now, I’m standing here, talking to you.

NaNoWriMo is all about sitting down every day for thirty days and FACING THE BLANK PAGE. It’s about building up your willpower muscle. Here’s a tip from a published author:

Doubt Does Not Decrease. Fear does not Flee. But if you can make writing a habit—you can defeat fear and doubt.

I’m here because I had the guts to sit down at the beginning of the month and face a blank page every day for thirty days. And you’re here because you’re about to do the same thing.

So. I’m about to cast a magic spell that will empower you to be a writer for the next month. Ahem:

You have permission to skip showers.

You have permission to ignore friends.

You have permission to suck.

Here are the only four things you must do every day for the next month:

You must eat, you must sleep, you must move, and you must write.

Now: GO FORTH AND WRITE!