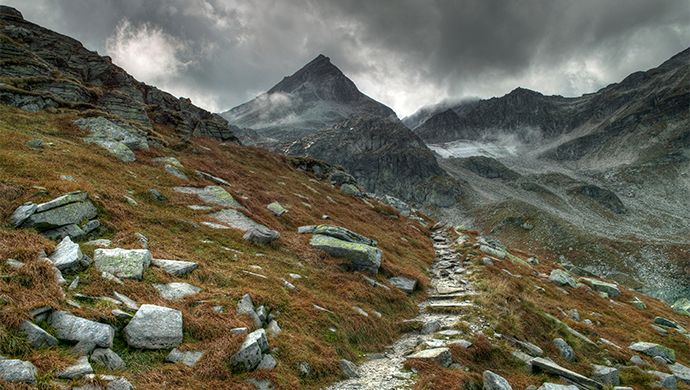 My Path to Publishing

In this post, I share my journey from deciding to become a professional writer to the publishing of my debut novel, SYMPTOMS OF BEING HUMAN.

When my rock band dissolved in January 2011, I realized it was time to reinvent myself. After reviewing my childhood “What I Want To Be When I Grow Up” list, I decided to write my first novel. I found the book No Plot? No Problem! and decided to participate in NaNoWriMo in April instead of the traditional November. My friend Dan and I journeyed forth into the realm of fast-as-you-can first drafting. Since I was working full-time, I set aside two hours at the end of every workday, went to a Starbucks, and inhaled coffee as I wrote. 30 days and 50,000 words later, I had my first complete manuscript.

I read Dan’s book and he read mine, and we agreed over a glass of scotch neither of us could afford that both manuscripts were a.) worth the effort and b.) totally unpublishable. But it didn’t matter; I had caught the writing bug.

In the fall of 2011, I decided to take a second whack at writing a novel. I bought Alan Watts’s The 90-day Novel and followed it religiously, crafting a 180,000-word epic fantasy monstrosity. Then, according to Stephen King’s advice, I put it in a drawer for six weeks. When I revisited the manuscript a month and a half later, I judged that roughly 70% of it was completely unreadable.

But that other 30%…it was actually good. I enjoyed it. I wanted to read more of those good pages.

That was when the thunderbolt hit me: I could tell what was good and what wasn’t—without anyone else’s input. Up to this point in my life, I’d had two other professional careers as a creative person: one as an actor and one as a musician. In both cases, I had constantly relied on the feedback of others to tell me whether the work was good. In the case of acting, it was my teacher, or a director; in the case of music, it was my producer, my bandmates, or the live audience in front of me. In every case, I needed to take in the reaction of another person before I could make significant changes to my work.

But now here I was, sitting alone at Starbucks with a giant stack of manuscript pages next to me which no one else had read, and I knew which parts worked and which parts didn’t. That was the moment I chose to become a professional writer. Or, as Steven Pressfield puts it in The War of Art, to turn pro. The knowledge that I could tell instinctually which parts of my writing didn’t work—that was the defining distinction that convinced me that I had what it took to write commercial fiction. Note: I don’t mean that my first draft was brilliant or even publishable by any means, nor do I suggest that I don’t invite critiques from readers and writers I trust—I simply mean I had the basic skill to craft something effective.

After a few weeks of painful revision, I decided to abandon my bloated fantasy manuscript and instead adapt the basic story framework into a young adult novel. By October of 2012, I had most of a first draft. I bought a copy of the Novel & Short Story Writers Market at my local Barnes & Noble and started sifting through, becoming familiar with the different agencies and their submission processes. At this point, I was doing a lot of online searching and bookmarking both of literary journals to which I might submit my short stories (which I was also writing during this period) and agents who might accept submissions in the genre and style in which I was working. About that time, I started my blog in an effort to build an audience for my writing. My main goal was to share my new dream with friends, family, and fans of my past artistic endeavors. It worked, and I also found some new friends along the way.

In October of 2012, I decided to attend my first writer’s conference. Because of its proximity, I chose the Writers Digest West Conference in Hollywood. I had attended similar conferences in the music arena, but never any kind of professional function for writers. I jumped in like a complete newbie: I studied the conference website, picked out the programs I wanted to attend, and researched each of the agents and editors that would be attending. I looked for connections, for ways I might create a relationship with each of them.

The first day was informative and inspiring, but it was also overwhelming and lonely. I didn’t know anyone. I was the only spiky-haired tattooed guy in a sea of neat parts and Oxford shirts. And yet, I managed to enjoy not fitting in. I was here by choice, not because I had to be, and I was determined to make it work. As I walked toward the exit at the end of the first day, I saw a sign advertising something called a “pitch slam,” an event that would take place the next morning.

The idea was this: twelve agents would be available for an hour, and each writer who wanted to participate had three minutes to pitch their book one-on-one to as many agents as they could get to—all in the hopes that one would find their idea worthy and sign them on the spot. I heard other writers express terror at the thought of having to pitch their book in such an environment. Pshaw, I thought. I had auditioned for network sitcoms in front of famous directors. I had been on stage in front of thousands or people. I was so going to nail this.

I stayed up all night working on my pitch. As I did, my confidence began to flag. Three minutes? How the hell was I supposed to reduce a 300-page novel to three minutes? By three in the morning, I was bleary-eyed and twitching, and I had only whittled pitch down to nine minutes.

The next day, propped up by a venti quad-shot latte, I arrived at the pitch slam fifteen minutes early to get a good spot in line, or so I thought. Aas I approached the ballroom, I saw an enormous queue snaking around the corner: hundreds of other writers had beat me there. As I stood in line, I began to sweat. My heart thudded against my breastbone. Finally, they threw open the doors to the ballroom and herded us in—and the environment within was much, much worse than I had feared. It was total chaos. 250 writers and 12 agents smashed into a single room. I felt my throat constrict like a collapsing mineshaft. Each writer had to line up in front of the agent they wanted to pitch, and it seemed everyone else knew exactly where they were going. In the moment, I picked an agent who had been nice to me at her program the day before. At least, I reasoned, when I froze like a deer in the headlights, she would at least let me down easy.

It went like this: the room sounded like the floor of the New Stock Exchange. The air was thick with the mingling odors of hope and desperation. Every three minutes, a short, angry woman with an impossibly tight pony tail would screech into a bullhorn: NEXT! And the line would move forward. Forget network auditions, I had never felt stage fright like this in my entire life. My face went numb. My breathing went shallow. I was experiencing all the precursors of a full-blown anxiety attack.

And then, suddenly, the girl behind me in line, who looked to be about 15, tapped me on the shoulder. I turned. “Hi,” she said, smiling like Taylor Swift accepting her first CMT. “Wanna pitch me your story?” I couldn’t manage to speak, so I gestured for her to go first.

She launched her pitch, something about unicorns and a battle between fairies and demons. The premise was so outrageous, my logical mind wanted to reject it—but her poise and confidence was so overpowering that I soon became caught up in the story and forgot my own fright. I started to get the feeling back in my face and fingers. I thought maybe I could get through this without throwing up or passing out.

Finally, it was my turn. The woman with the bullhorn screeched, “NEXT!” and I stepped forward to claim the chair that was my right—but the woman still sitting in it just kept rambling, as though she had failed to hear the bullhorn’s death squawk of feedback.

At this point, I’m thinking, MOVE, LADY! I’m already going to have to talk faster than the Micro Machine Man to cram nine minutes’ worth of words into my three minute window.

Finally, the woman lumbered off and I sat down in front of Mary Kole, who is still one of the nicest and friendliest people I’ve met in the publishing business. She must have been able to tell I was having an out-of-body experience, because she broke the ice by asking me about my tattoo. So then we burned the first of my three minutes talking about tattoos! Inside, I’m screaming, No! No! No! You idiot! Talk about your book! Talk about your book! but I had no control over the muscles in my mouth. Then, in an act of literary mercy, Mary asked me about me book. Her small talk had calmed me down, and I was actually in my body when I launched into my pitch.

At a certain point during my spiel, Mary sort of cocked her head, and I knew that either a.) she was genuinely interested or b.) she had completely checked out. (I couldn’t blame her; the environment must have made her job at least as difficult as it was making mine.) But either I was winning, or I had already lost. In that moment, I remembered something my entertainment biz mentor, Barbara Deutsch, once told me: “STOP TALKING!”

I literally stopped talking midsentence. I thought it was going to be horribly awkward, but it must have been the right move, because at that point she asked me to send her the first three chapters. When I told her I wasn’t finished yet, she politely asked me, “Then why are you pitching it?” And I responded, “I don’t know. I saw the sign, I thought that’s what you’re supposed to do!” She smiled, handed me a card, and told me to send her the pages when they were ready. I walked away, feeling quite like Taylor Swift after accepting her first CMT.

I pitched to two other agents that day, both of whom also asked for pages. I left the conference feeling like something in my life had shifted. After banging on doors my whole life as an actor and a musician, it felt very strange to be invited in by three people in one day. So, I did what writers do.

I went home and wrote.