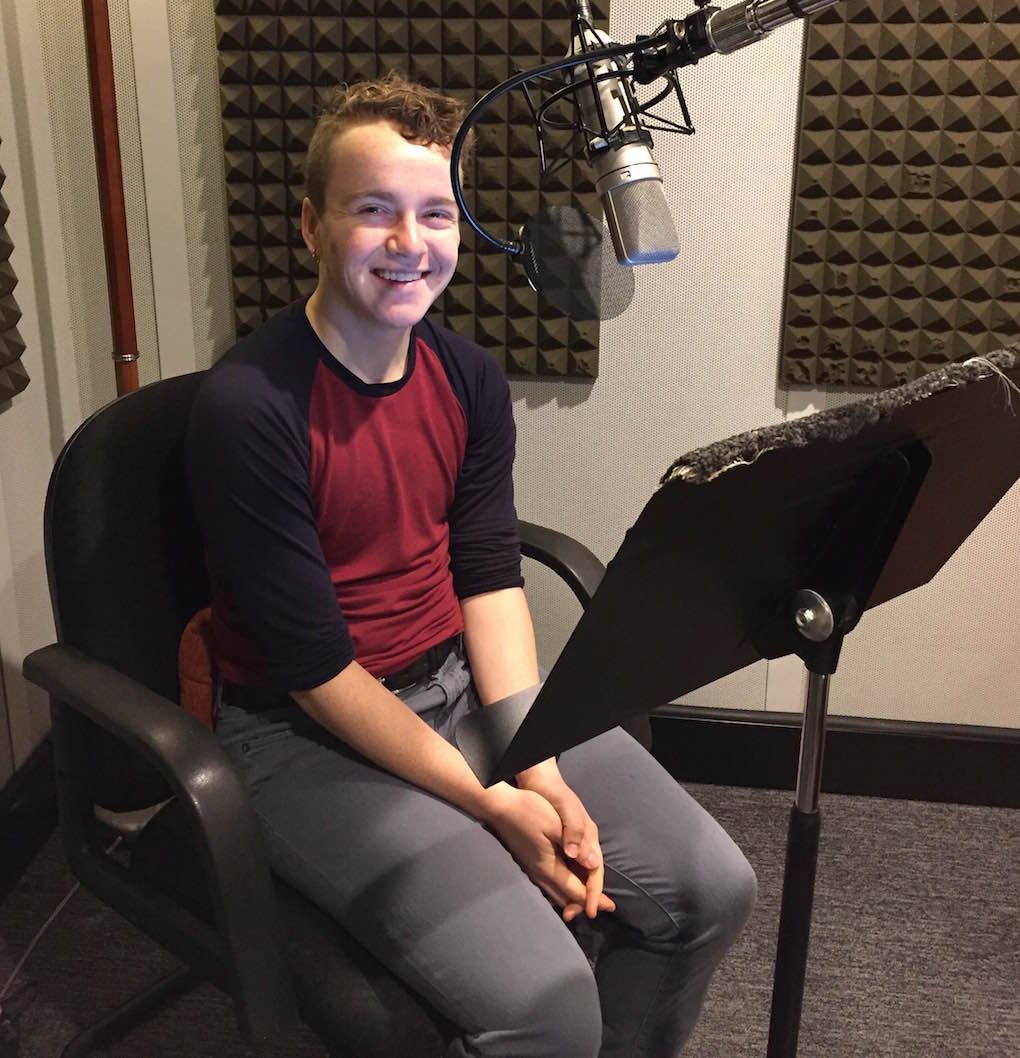 I am elated to finally reveal that Tom Phelan has been cast as the narrator for the audiobook version of Symptoms of Being Human. Tom is probably best known for playing Cole, a transgender teen, on ABC’s The Fosters. He’s currently starring in Hir on Broadway and just finished recording the narration for Symptoms last week. He is pictured here in the studio during one of the early sessions.

When I heard Tom’s voice (in this clip) I knew he would make a perfect Riley–so I was thrilled when Caitlin at HarperAudio told me Tom had signed on.