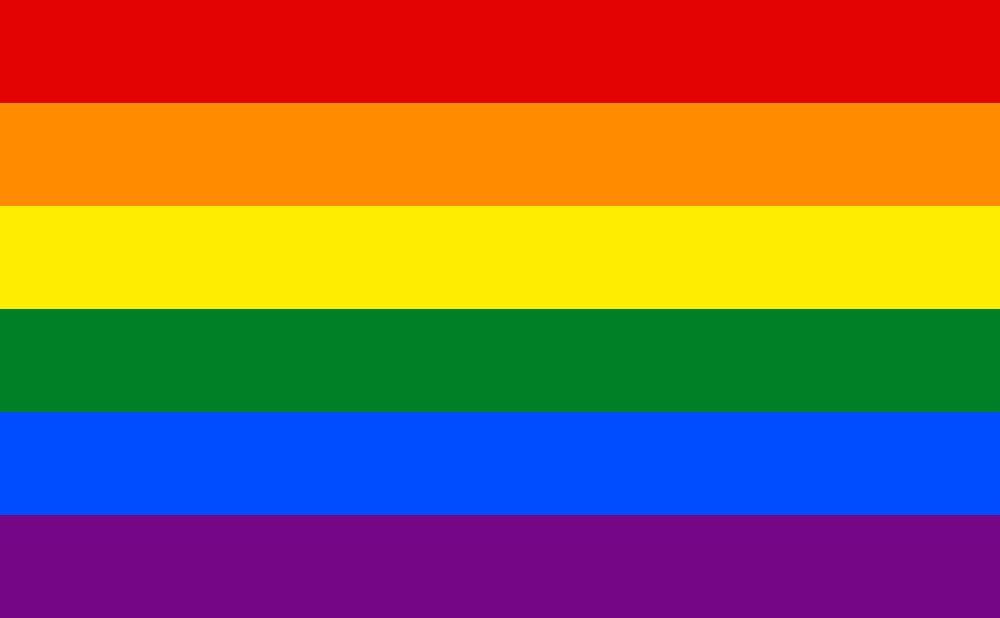 So the question I’ve been asking myself is:

What, if anything, do I possibly have to contribute to this conversation?

It’s a difficult question, and I’m not sure I have the answer. Being a cismale who wrote a book from the point-of-view of a gender fluid teenager can be very uncomfortable: Friends and family wonder if there’s something I’m not telling them. Acquaintances on Facebook “pray for me.” Anonymous reviewers accuse me of paganism.

But you know what’s far more uncomfortable than all that? Being an LGBTQIAP+ person whose life gets represented by some cismale who never had to live it. There’s just no getting around that. And it’s the thing that almost prevented me from writing Symptoms of Being Human. It’s also the thing that has kept me quiet during pride month. Oh, sure, I’ve liked, reblogged, and retweeted the obligatory rainbow flag posts–but I’ve shared nothing original, nothing personal.  Every time I sit down to write something, my point of view seems too small, too irrelevant, too insignificant in comparison to the stories of the survivors of the attack: namely, every queer, trans, and non-binary person on the planet.

I’ve told myself that I’ve been silent out of respect. That I’m staying out of the conversation because I wasn’t invited.

But that’s a massive cop-out.

The truth is that I’ve stayed out of the conversation because I’m afraid I’ll say the wrong thing, enrage an influential member of the LGBTQIAP+ community, and cause my book to get trashed.

You know what LGBTQIAP+ people are afraid of this month? GETTING MURDERED.

So, yeah, I decided to choke down my fear and write a post.  Silence breeds misunderstanding, prejudice, and contempt. And those things lead to violence.

I’ve  puzzled over what to write. I’ve wondered if my book would have turned out differently if the shooting at Pulse had happened before I wrote it. I am surprised and dismayed to conclude that I think the book would be exactly the same. To illustrate why, here are some statistics that pre-date the June 12 mass murder at Pulse night club in Orlando:

Among transgender and non-binary individuals:

In addition, more transgender people were murdered in hate crimes in 2015 than in any previous year on record. (The 2016 statistics are not yet available.)

So, after much consideration and soul-searching, I decided that I’d said what I had to say within the pages of my book. The problem is that it takes a significant commitment of time, money, and will to read a 350-page book, and the people most in need of convincing are unlikely to wander into their local Barnes & Noble and pick up a copy.  So I’m going to post a excerpt below in the hopes that you’ll share it with someone who might not read a whole book about a non-binary teenager, but might read a page if you really pleaded with them. Please copy and paste as much as you want–just link the reader back here for more info in case they want it.

The following is a blog post by Riley, the sixteen-year-old gender-fluid protagonist of Symptoms of Being Human. (It just occurred to me that I’m about quote a blog post from a book inside a blog post about the very same book. Holy Meta. MIND=BLOWN. Gotta go watch Inception again.)

Today, I met a boy.  Well . . . I thought I met a boy. Actually, I met a girl. That’s right: I got all prematurely gender-assigny . . . and I was WRONG. In my defense, I was in the middle of a fairly epic anxiety episode, and she—whom I thought was a he—has these unsettlingly gorgeous blue eyes. NO ONE could be expected to maintain objectivity while under the gaze of those eyes. They were, like, lightsaber blue. My guts have turned to Jell-O just replaying the scene in my head.

Oh, and did I mention the lip ring? HOT.

Okay. Given the fact that even I am capable of making premature assumptions about someone’s gender, I will attempt to explain this with less than my usual dose of Gender Fluid RageTM. (Which, by the way, is the name of my new punk band.) The point here is that somebody’s gender expression—in this case, Lip Ring Girl’s goth-boy vibe—doesn’t necessarily indicate their gender identity. There are dudes who like to cross-dress (expression), but are still 100% comfortable being dudes (identity), and vice versa. So, even if you had X-ray vision and could see through my jeans, what you’d see there—or not see—does not determine my gender identity. Gender identity is not external. It isn’t dictated by your anatomy. It’s internal. It’s something you feel, not something you see—and it can be way more complicated than just male or female. Some people, like me, slide on a continuum between the two. Others, as I’ve learned via my pathological blog-reading obsession, feel like neither, or like a third, unnamed gender.

I can’t blame you for trying to categorize me. It’s a human instinct. It’s why scientists are, to this day, completely flabbergasted by the duck-billed platypus: it’s furry like a mammal, but lays eggs like a bird. It defies conventional classification.

I AM THE PLATYPUS. (Coo coo ka-choo.)

We’re all taught from a young age that there are only two choices: pink or blue, Bratz or Power Rangers, cheerleading or football. We see gender in two dimensions because that’s what society has taught us from birth. But, are you ready for a shocking revelation?