Three Steps to Reclaiming Your Year 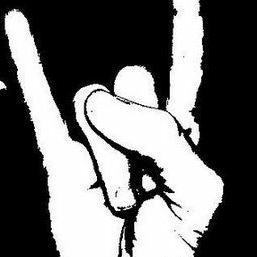 At the beginning of this year (which feels like about three weeks ago), I shared 6 Steps to Creative Fulfillment.

Blink. It’s fleeping JUNE. When did that happen?!

The year is almost half gone—but I’m here to insist it’s not too late to have your best creative year ever. To that purpose, I present Three Steps To Reclaiming Your Year.

This post could apply to any goal—shedding your love handles, finishing your honeymoon album, or nailing a 4.0 GPA; but, since I write fiction, I’ll use “Completing My Novel Manuscript” as an example.

Disregard this first step and you’ll find yourself facing a December that looks depressingly similar to June: a month riddled with disappointment and emotional self-flagellation. Before you can reclaim your year, you have to complete the past, and that means forgiving yourself for the last six months of inaction or procrastination. If you’re serious about accomplishing your goal, don’t skip this step.

Plan a night off. Buy your favorite food and adult beverage (if you’re of age; if not, Tang.) Take nothing but a notepad or your journal (No electronics—real ink and paper only. I’ll explain why in a minute.) Write down your old goal, the one that now seems impossible given your withering time frame. Sit with it for a while, and write down any thoughts that emerge. If you’ve started but stopped, write that down. If you haven’t so much as opened a new word document, write that down. You could write down everything you should have done but didn’t. You could write down what you wanted to do, and what you didn’t do. Get the facts out on the paper. The only rule is that you can’t write down why you didn’t do it. No excuses. When you indulge in excuses, you surrender your creative power to your circumstances. We DON’T want to record any of that nonsense.

Now that you’ve written all that down: tear it out of your notebook, crumple it up, and burn it. Don’t throw it away—BURN IT! (Don’t be an idiot. Do it safely. Throw it in your outdoor barbecue or at a beach fire pit or a campfire. Have a fully charged and up-to-date extinguisher ready.) BURNING THINGS [legally and responsibly] FEELS GOOD! You’re performing a ritual to release the past and make room for the future. That’s forgiveness.

Don’t try to cram a year’s worth of work into 6 months—that’s self-sabotage. If you do that, you’re subconsciously setting yourself up for failure so you can just give up again. Knock that off. Cut your goal in half—you’ll be surprised how quickly you’ll surpass your expectations.

Adjusting your goal is not about copping out—it’s about being responsible for your time and your limits. Not being responsible about your time is what got you into this mess, remember? So knock that off, too. Setting an achievable goal creates an environment of success. Feeling successful breeds all sorts of wonderful emotional creatures: confidence, excitement, even euphoria. You want those creatures inhabiting your emotional ecosystem while you’re working. They help get things DONE. And they are furry and cute.

One summer, I had the privilege to meet Morgan Freeman. We had a brief conversation, during which I asked about him that incredible moment in Seven when he opens the box and finds his partner’s wife’s head. You know, the famous “What’s in the box?” scene. I wanted to know: How did he prepare for that? As an actor, how did he go about generating authentic shock at something he knew was about to happen? Mr. Freeman thought about it for a moment, shrugged, and then said—and I’m paraphrasing wildly here—“I don’t know. I don’t know how you prepare for a moment like that. I just used my imagination, and trusted [Director] David [Fincher.]” I wanted to know—was he satisfied with his own work? He shrugged in a way that led me to believe he would have liked just one more take. “You have to trust the director to tell you he’s got it. I think the moment works in the film.”

The lesson I took away from Morgan Freeman is this: Use your imagination, do the work, and trust yourself—and you leave room for extraordinary things to happen. In other words: KEEP IT SIMPLE. When you overcomplicate something, you engage in a subtle and insidious form of self-sabotage.

For me, this year has already been a whirlwind. I’ve redesigned my goals so often that when I stumble upon lists from even a month back, they seem to have been written by a much younger, sillier, idealistic person. And yet, I’m nearly half way toward my goal of finishing the second draft of my novel. I’m about seven months behind my original goal date, certainly—but if I had let that discourage me, I wouldn’t have completed chapter five. Or chapter one, for that matter.

Forgive yourself, make a new goal, and keep it simple.

Drop me a line and let me know how you’re doing at rockpaperlife@gmail.com

Rock (and Write) On!