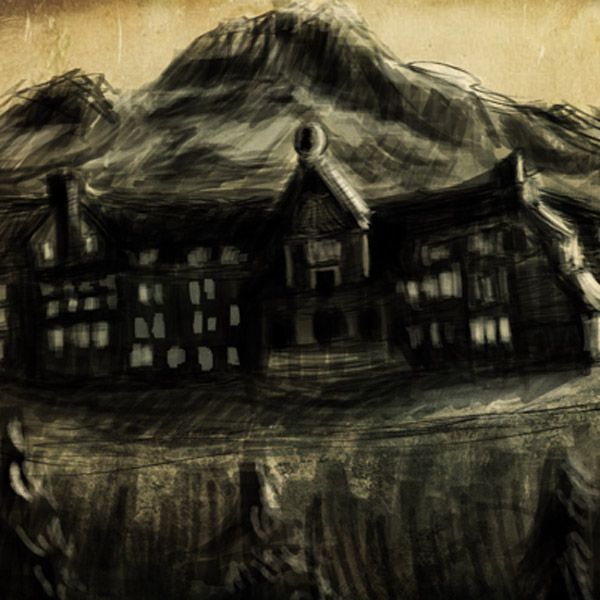 Sequel to the Nightmare

I first read Stephen King’s The Shining when I was eleven years old. As you might expect, I suffered from recurring nightmares for six weeks afterward. In addition, I swore off Mr. King’s books until 2011, when I picked up On Writing—and found myself completely enamored with his voice, his knowledge of the craft, and mostly, his humanity. I dove into his catalog with relish, starting with Duma Key, and never looked back. I’ve consumed a dozen of his books since then, and I’m looking forward to a lifetime of enjoying his back catalog.

After a two-decade break, I decided to reread The Shining this month*. The morning after I started reading, I awoke from a nightmare in a cold sweat, screaming silently. In the dream, I had been running down an infinite staircase surrounded by a black void, relentlessly pursued by a faceless white figure. The faster I ran, the thicker the atmosphere became, slowing my escape. The figure gained and gained, until finally I felt cold hand grasp my shoulder and spin me around. An overhead light bulb cast the creature’s face in undulating relief: the howling visage of an evil chess queen, frozen as though carved in marble, eyes blank, mouth gaping.

Even after 25 years, the book–and its author–had retained its power over me.

But let’s start at the beginning. When I was 11, I was part of a vocal group that toured North America singing in malls and churches and American Legion halls and places like that. During one particular summer, we were scheduled to perform at the Banff Springs Hotel in Alberta, Canada. The resort, nestled deep in the Rocky Mountains, was built in 1888 by the Canadian Pacific Railroad. It is by far the most spectacular structure I’ve ever performed in.

Before we embarked on the tour, my friend Colin told me that Stanley Kubrick had shot his 1980 film version of The Shining there; that was my motivation to read Mr. King’s book. I know. great choice for an 11-year-old, right? As it turns out, Colin’s claim was bogus. Most of the exteriors for The Shining were shot at Timberline Lodge in Mount Hood, Oregon, while the interiors were built at Elstree Studios in Hertfordshire, England. But back then, we didn’t have Google or Wikipedia, so it was easy to believe stories like that. And, as it turns out, there are some ghost stories about the Banff Springs Hotel that hold eerie parallels to certain events in Mr. King’s book.

Perhaps it was all power of suggestion, but I remember three things about the hotel that still haunt me today as deeply as Mr. King’s book does.

The first was the thirteenth floor. The elevator didn’t stop there–at least, it wasn’t supposed to–but my friends Colin and David and I had heard a rumor that if you punched the buttons for floors 12 and 14 simultaneously and held them down, the elevator would stop. And, for us, it did. The thirteenth floor was supposed to be a maintenance level, filled with broom closets and steam vents and laundry repositories. But that’s not what we found.

The doors slid open on a long, dusty hallway, complete with ancient, rotting carpet and cobwebbed candelabras mounted at even intervals on the silk-papered walls. Each of us waited for the others to step out, but none of us did. Finally, I poked my head out and glanced around. Between the elevators sat an intricately carved mahogany hall table with an unlighted tiffany lamp, an antique telephone, and–

A half-drunk bottle of Coca-Cola. The red-and-white straw protruding from the bottle bore a red lipstick stain. A chill ran down my spine, and my friend shrieked as we pounded desperately at the close door button.

The second was the Bride on the Staircase. In the grand ballroom on the mezzanine level, there was a beautiful marble “staircase to nowhere.” Quite literally, the staircase rose into the ceiling and stopped. According to legend, It had been sealed off after a bride-to-be had caught the train of her dress on a candle on the way down. She had fallen, then burned to death on the staircase before she could say her vows. All three of us swore we could see the outline of her screaming face burned into the marble.

The third, and perhaps the most documented, was Andrew the Bellman**. Of my three recollections, Andrew is most vivid in my memory. Colin, David, and I stole down to the basement level, a maze of corridors lined with pipes and cluttered maintenance equipment and old milk crates.We turned a corner and found ourselves sneaking along a narrow hallway behind a bellman pushing an old laundry cart. As we approached, I noticed that his uniform didn’t bear the same modern cut as the employees’ I had seen in the lobby. This bellman was dressed in a snappy red waistcoat and pleated slacks, and as he turned to look at us, I swore I saw that his name tag read ANDREW. And then his cold eyes met mine and, in a mocking, sing-song voice, he called out, “Hellooo, Booyyssss,” and then he turned and pushed through a set of double doors. I looked at Colin, and then the three of us took off at a run, following the bellman. When we burst through the doors, the room beyond was completely empty save for a single laundry cart, which rolled slowly until it hit the wall and stopped. There were no windows and no doors except the one through which we had just entered–and the Andrew the Bellman was nowhere to be seen. The three of us looked at each other, then turned and ran as fast as we could back to the lobby.

SEQUEL TO THE NIGHTMARE

I’m not sure what the connection is between these memories, my nightmares, and The Shining. I only know I hadn’t had a nightmare or thought about my experiences at the Banff Springs Hotel in two decades–until I picked up Mr. King’s book again. I was planning to read his ironically-titled sequel, Doctor Sleep, when my new Audible credits arrive next month; but after writing this, I’m almost too afraid.

*actually, I listened to the excellent audiobook version, narrated by Campbell Scott.
**in some accounts, he is known as Sam the Bellman.