MOST OF THE CONTENT I SHARE on this blog relates to writing and the creative process. But today, when I stumbled upon this month’s #SixteensBlogAbout* topic, I discovered that I have drastically underemphasized one of the most important parts of my writing life: READING. This month’s topic is “Summer Reading,” but I’m going to address my reading life on a larger scale. (It’s almost summer, so I figure the “summer” part takes care of itself, right? Go with me on this.) I’ll start with what I’ve read, move on to what I’m reading, and end with what I intend to read this summer. So. Here we go.

I was molded by the following literary forces, in chronological order:

The Oz Series by L. Frank Baum: My parents read these to me as a child, forever skewing my book preference toward fantasy. I haven’t read them since, but they stick with me—fourteen books written over twenty years between 1900 and 1920. Talk about inspiring!

Encyclopedia Brown (Series) by Donald J. Sobol: Tales of a ten-year-old detective in which you, the reader, had to pick up clues and solve the crime yourself. I rarely solved them without looking at the answers in the back of the book—but my sister had them figured early on. I loved them anyway. Sobol published twenty-nine books starting in 1963 and ending in 2012. I probably read ten of them. 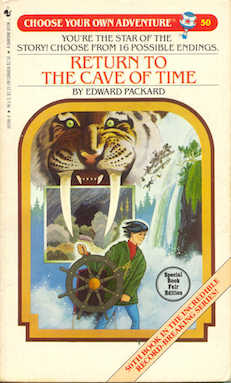 Choose Your Own Adventure (Series): created by Edward Packard: An amazing MG/YA series written in the second person, and in which you, the reader, got to make the choices that guided the story. Mostly I remember having three fingers stuck in the book, holding various places so that I could go back and make a different choice if my character was brutally killed off as a result of a wrong choice. 185 books were published in this series between 1979 and 1998. Wow.

Be An Interplanetary Spy (Series): a sci-fi spinoff of CYOA. I loved these. Bantam published twelve between 1983 and 1986. The ISBN number on the back was called the “Interplanetary Spy Binary Number,” and was always used as a clue in the books. I was totally amazed to discover that other books bore these secret numbers, too. I was convinced ISBN numbers were part of a vast government conspiracy. (I still am, sort of.)

As we move into the teen years, it is worth noting that, as a ten-year-old, I stumbled across Stephen King’s The Shining. (More about that in this post.) I was terrified, and wouldn’t return to Mr. King’s work for about 20 years—but when I did return, I discovered a deep love for his work.

The Dragonlance Chronicles and The Dragonlance Legends by Margaret Weis and Tracy Hickman:. I have played Dungeons & Dragons since I was twelve, and these books satisfied my thirst for dragons, swords, and spell-casting in a way Tolkien didn’t until Peter Jackson brought his books to the big screen. Based on character classes from D&D, the characters Weis & Hickman created have become fantasy archetypes.

Any Damn Thing Ever Written by Robert Heinlein: After Dragonlance, I jumped straight to Heinlein, devouring my father’s yellowing paperbacks at a frightening pace. It’s worth noting that these were probably not age-appropriate, but I think my parents were just happy I was reading something. And it’s not like we had tumblr back in those days. So.

High School Stuff: I enjoyed much of what I read in high school English, but my favorites by far were The Catcher in the Rye by J.D. Salinger and Lord of the Flies by William Golding. Go figure, I liked depressed misfits fighting for acceptance and/or their lives. Huh. I should, like, write about that, or something.

College Slump: Since I studied film in college, I mostly watched movies and read screenplays—though I do remember receiving Cormac McCarthy’s All The Pretty Horses, which opened my head to the fact that books didn’t have to be 30+ years old to be considered literature.

Harry Potter (Series) by J.K. Rowling: And then Harry Potter happened. I could spend an entire post talking about Harry Potter, but I’ll leave it at this: not since Star Wars had I been so touched, moved, and inspired by a story. J.K. Rowling is the reason I became re-engrossed in the Hero’s Journey, and is largely responsible for my return to writing as an adult. Speaking of adult: 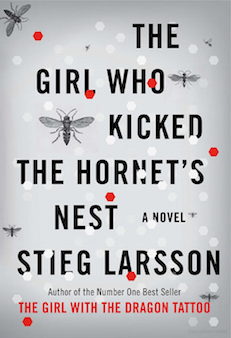 I read and reread the HP books over and over. My sister gave me the incredible audiobook editions (narrated by the incomparable Jim Dale), and I listen to the entire series almost every year, starting in September and finishing usually just before Christmas.

That segues nicely into my obsession with audiobooks. At any given moment, I am usually reading two books concurrently: one physical or e-book, and one audiobook. I cherish my Audible subscription and consider it my most important tool in keeping myself constantly inside the world of books. I usually listen to a new audiobook each month, finishing well before my next credit is delivered, and so I’ll re-listen to an old favorite.  Currently, I’m re-listening to The Girl Who Kicked the Hornet’s Nest, book three in Stieg Larsson’s Millennium Trilogy. He is a master of suspense and intrigue, and his Swedish characters drink even more coffee than I do.

Since I write fiction, I primarily read fiction; although, occasionally, a non-fiction title will bash its way through and end up on my list. Recent notables include: The God Delusion by Richard Dawkins, A People’s History of the United States by Howard Zinn, and A Short History of Nearly Everything by Bill Bryson.

In keeping with the strategy outlined above, here is my current summer reading list: 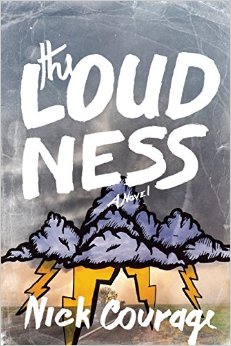 Please follow me on Goodreads and feel free to send me recommendations. I also pay close attention to the reviews at Bookthump, and I encourage you to follow and read Dan’s recommendations as well.

*#SixteensBlogAbout is a monthly series written by the members of The Sweet Sixteens–a group of Young Adult and Middle Grade Authors debuting in 2016. For more about my amazing co-members, visit The Sweet Sixteens Blog.