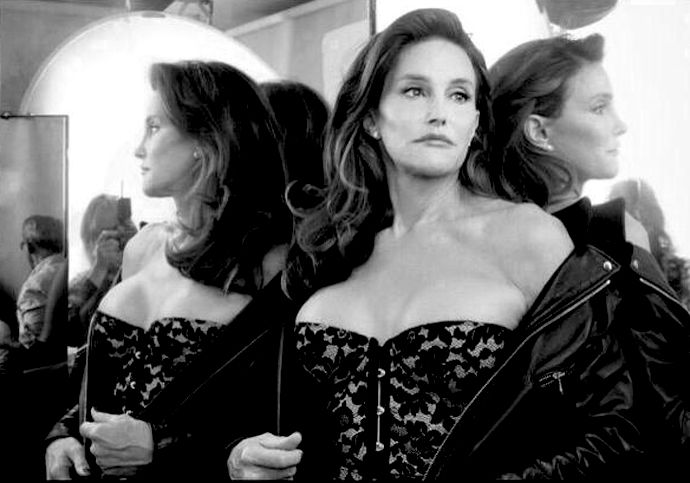 I SAT DOWN TO WORK this morning and found myself unable to concentrate. I’ve been so surprised by some of the negative reactions to Caitlyn Jenner’s Vanity Fair cover that I was compelled to write this.

It seems a lot of us are confused about what’s going on in the media with regard to transgender people. For some of us who grew up in conservative environments, this whole idea feels new and foreign—but that doesn’t mean we can’t develop understanding and begin to exercise compassion in the way we deal with this subject. As a writer, I’ve done hours, even weeks of research on the subject, and I’m going to try to demystify it here—to answer some of the questions readers might not know they have about gender identity. I’ll try to keep it brief. Thanks for reading.

WHY THIS IS IMPORTANT

What we say on the internet affects the lives of young people the most. We need to change these numbers:

Here are some distinctions within the concept of gender and gender identity that may seem counter-intuitive or difficult to grasp at first. Keep in mind I’ve done a lot of research on this topic, and even my Raging Liberal Mind™ had to unlearn some things I had “learned” in order to properly metabolize these ideas:

Sex Assigned At Birth (SAAB)—also known as your “biological sex,” your SAAB is what’s on your birth certificate. Based on your genitals (and sometimes your chromosomes), your doctor determined your SAAB on the day you were born. But that may not match your gender identity:

Cisgender— If you were born a dude (Sex Assigned At Birth = Male), and you experience yourself as male, you are what’s known as cisgender, meaning your SAAB matches your gender Identity. A cismale is someone with SAAB=male, and gender identity = male. Cisfemale follows the same logic.

Trans or transgender means your SAAB is the opposite of your gender identity.

Gender fluid or non-binary is a term describing individuals who identify neither as male nor female, but perhaps fluxuate between the two poles on a continuum, or feel parts of each, or identifty as a third, unnamed gender.

Agender—this term describes those who don’t identify as any gender.

Gender Expression is how a person chooses to align themselves outwardly—via clothing, make up, hairstyles, mannerisms, voice, etc. This expression is distinct, or separate, from both Gender Identity and Sex Assigned at Birth.

Here’s an awesome infographic that may help you wrap your mind around these concepts: 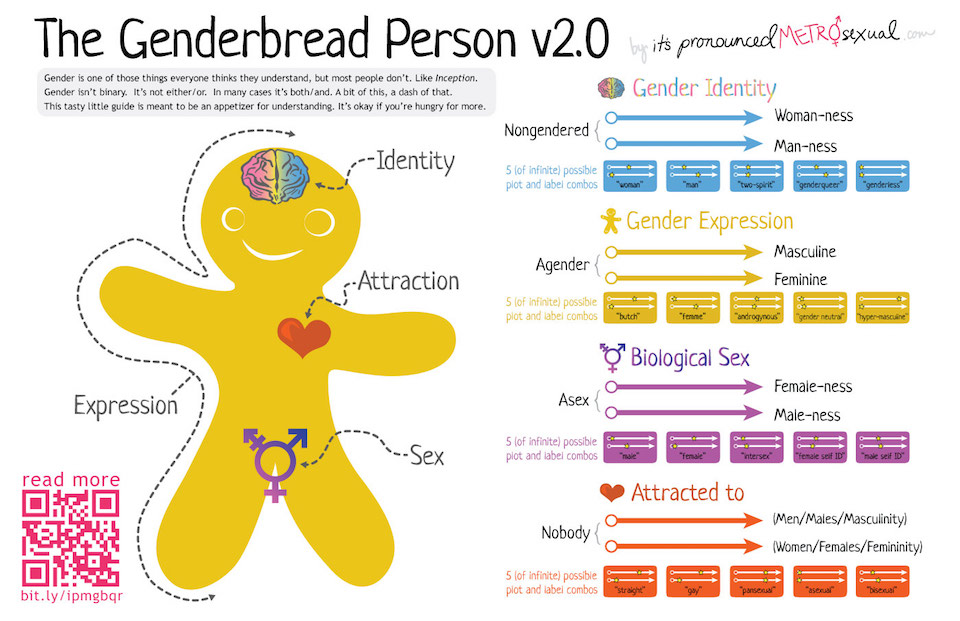 CELEBRITIES ARE HUMAN BEINGS AND THEREFORE WORTHY OF RESPECT

I know many of us are fed up with the gossipy, vapid portrayal of celebrities. But it’s important to remember that celebrities like Caitlyn Jenner are just human beings with feelings and sensitivity just like we have. Try to imagine having your biggest secret leaked to the media. Imagine having NO control over how to tell your best friend or your kids—and then having the bravery to stand up and claim it on the cover of a magazine, despite the fact that it’s risky and unpopular.

CHILDREN HEAR WHAT YOU SAY AND FORM OPINIONS BASED ON IT

A few weeks ago, I posted “I AM A TRANS AND GENDERQUEER ALLY” on Facebook and tumblr. Two people I NEVER WOULD HAVE GUESSED were not cisgender came out to me privately. One of them was a struggling teenager. How many more didn’t come out?

My point is that, when you post an opinion on Facebook about a celebrity, people read it and they listen. They listen to what you’re saying about people in general, and they draw conclusions about you and themselves—especially kids. They see their world formed in the words and actions of adults. So, please, take a moment to do some reading and discover that this unfamiliar world is actually the one we live in, and the people populating it are just like us. In fact, they are us.

The Genderbread Person: Gender Explained in an Infographic

Injustice At Every Turn: A Report on the National Transgender Discrimination Survey

[1] From A Report on the National Transgender Discrimination Survey by Jaime M. Grant, Ph.D. Lisa A. Mottet, J.D. Justin Tanis, D.Min., with Jack Harrison Jody L. Herman, Ph.D. and Mara Keisling on behalf of the National Center for Transgender Equality and the National Gay and Lesbian Task Force.